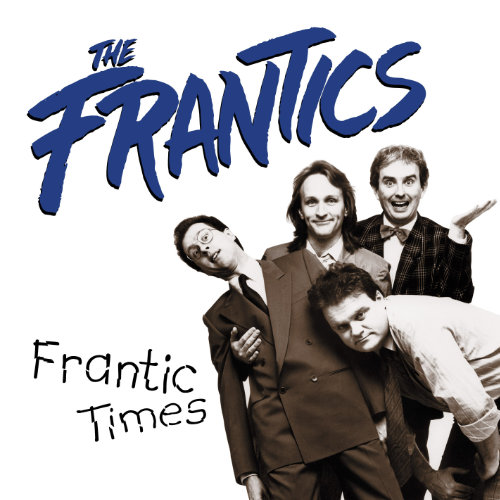 What can be said about The Frantics that hasn't already been told in countless court-mandated appearances and late-night infomercials? Well, how about funny and not at all like a fate worse than death? Anybody living in Canada during the 80's has fond memories of Paul Chato, Rick Green, Dan Redican and Peter Wildman - otherwise known as The Frantics. These four lads started out as a small comedy troupe in Toronto in 1980 doing sketch-based humour. Long-time fans know them from their "Frantic Times" radio show, which ran for over 100 episodes from November 1981 to June 1985, garnering a total of seven ACTRA nominations.

The Frantics continued to do live shows when not doing radio and in 1986 took their talents to television, resulting in a single season of "Four On The Floor", which has since achieved cult status. After the series ended, The Frantics went their various ways and have directly influenced other Canadian comedy series, particularly "The Kids in the Hall", the "Red Green Show" and most recently "History Bites" and "Puppets Who Kill".

The Frantic Times album was given next to no promotion when first released by the Canadian Broadcast Corporation in 1984 and only limited copies of it were ever made. The original vinyl album is a highly sought-after title for any fan of sketch comedy. Casual comedy consumers may already be familiar with the few sketches and songs that have appeared on various Dr. Demento compilations over the years. This CD reissue finally allows fans a long-overdue chance to hear The Frantics at their best. 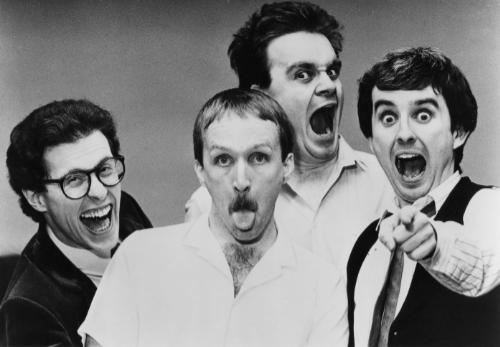 But don't take our word for it, here's a few words from Paul Chato (the funny one).

Like any good story, there are many points of view. In this case, there are four: those of Paul Chato, Dan Redican, Rick Green and Peter Wildman. However, since I’m writing this, it’s going to be Paul’s point of view (which is pretty damn convenient for me).

Rick and I started as one of the hoariest of comedy formats: the two-man comedy team. Our duo met Dan while playing to a small audience of lesbian poets at The Nervous Breakdown Coffee House in Toronto. Dan was doing a bag-stage puppet show with one of the highlights being God coming to Earth as a piece of shit. We connected immediately, but Dan had to skip off to Calgary, Alberta to meet up with his girlfriend. Someone told me that destiny would have us working together again. Peter crossed our path in 1979 while part of a comedy troupe working at The Flamingo Cabaret. He was truly hilarious. Dan indeed came back and started working with us. Recognizing each other’s talents and diverse backgrounds, we joined forces and became, get this, The Skitz-O-Frantics. 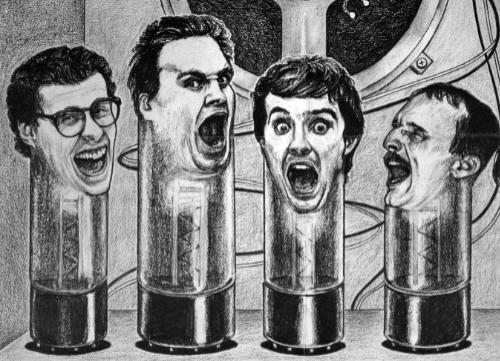 For you American fans, you might wonder why we didn’t invade your country. We did a pretty disastrous opening for the Temptations in Los Angeles, and that was it for our American careers. Of course only a stupid American promoter would think that four white guys doing sketches in drag would somehow make an appropriate opening act to a washed up Motown act.

We got our radio show after touring the Holiday Inn circuit in Ontario for a year. We did all the ‘O’s’ – Orillia, Oshawa, Owen Sound, Orono… before, after much badgering, we convinced CBC to let us do a radio show. We had pretty much had it doing the H.I. bar circuit. Our timing was turning to crap because we had to resort to running up, yelling out pieces and running off. Our CBC radio show, Frantic Times, drew half a million listeners every Saturday. The Frantic Times album contains several choice bits from a collection of over 100 half-hour shows we produced in four years.

The Frantics came to an amicable end in 1989. Amid some controversy, our television show was cancelled because it was too popular. Things work differently here in Canada; we kill the things that are successful. It was at this time we toured our most successful stage show of all time, The Frantics Walk Upright. We decided to go out on a high. It had been 10 years and it was time to move on. Peter now operates a motor home park in his native Peterborough, Rick is a tile salesman, Dan trains show dogs in Alaska and Paul is a fabulously wealthy Internet entrepreneur (see, there are benefits to writing the history).

For more information on The Frantics, Mrs. Sarnicky says to visit The Official Frantics Website at www.thefrantics.com